Where is Dubai? Dubai is in the United Arab Emirates, Middle East

Dubai is the name of both an emirate and a city in the country United Arab Emirates (UAE) which is in the Middle East. Dubai City is occasionally used to distinguish between the city and the emirate of Dubai but most of the time people just say Dubai to mean one or the other and it hardly ever matters.

Other cities in Dubai

Jebel Ali is part of Dubai the emirate, and merges with the rest of Dubai city to end up being effectively part of the Dubai metropolitan area. Jebel Ali includes Jebel Ali Port and the Jebel Ali Free Zone areas. There is also a Jebel Ali Village on the Jebel Ali hill (or large sand dune) which was expiring in 2009 to make way for a new development by Nakheel but as of 2019 JAV is still alive and kicking (sort of).

Dubai in the UAE, GCC, and Middle East region

Neighbours of Dubai and the UAE are Oman, Saudi Arabia and Qatar. Across the Arabian or Persian Gulf are Iran and Iraq. Apart from a territorial issue with Iran over the islands Abu Musa, Greater Tumb, and Lesser Tumb, it's a sunny and friendly neighbourhood to reside in. Relatively.

A common reason for asking where Dubai is, is concern over its proximity to volatile areas of the Middle East. Most residents of Dubai feel very safe despite being close to Iran and Iraq. A little further away are Israel, Lebanon, Palestine, Syria and Yemen but once people have visited the UAE, they tend to be much less worried about where Dubai is.

The capital of Dubai, or the UAE, or something

Dubai is not the capital of the UAE. Abu Dhabi is the capital. However, the Dubai marketing machine has significantly raised its profile around the world and many residents of other countries are quite likely to be more familiar with the name Dubai than they are with the UAE (the country), or Abu Dhabi (the largest emirate as well as the capital, also produces most of the oil in the UAE).

Karama is also not the capital of the UAE (or India or the Philippines). It is the name of suburbs or community areas in both Dubai and Abu Dhabi (and Ajman?). Commonly referred to as Karama in Dubai, and Al Karama (or Al Karamah) in Abu Dhabi. Al Karama was also the name of a planned capital city for the UAE, on the border between Abu Dhabi and Dubai emirates, as stated in the original UAE Constitution of 1971. The telephone area code 01 was reserved for the new city. However in 1996 the Constitution was amended to recognize Abu Dhabi as the permanent capital of the UAE (it was temporary until then), so that was the end of the Al Karama capital city plans. In 2009, Abu Dhabi unveiled plans for a new development on the outskirts of the city to serve as a base for the UAE Federal Government and related activities. First called Abu Dhabi Capital District, later renamed as Zayed City, not to be confused with Abu Dhabi Central Capital District, or Sheikh Zayed City (there are several).

Maps of where Dubai is located

Map of Middle East showing where the UAE is located 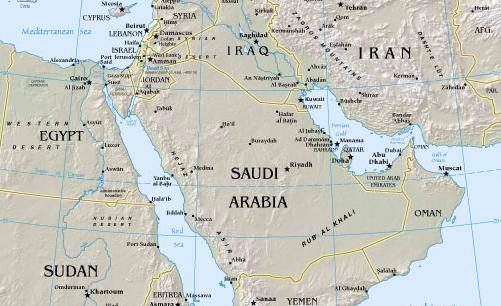 Maps of the UAE showing Abu Dhabi, Dubai and other cities 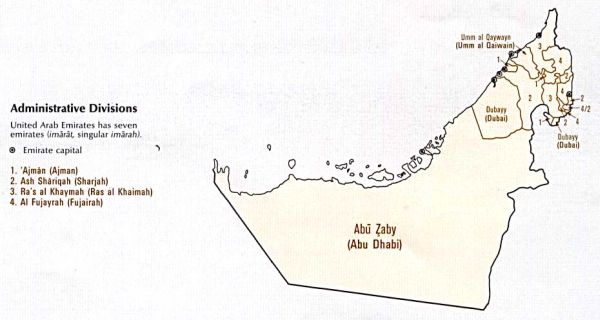